Fiddleheads are the young, first shoots of the Ostrich fern as they begin growing in early spring.  They grow in clumps from a central plant and will eventially reach five to six feet in height.

Long since harvested as an early spring “vegetable” in eastern Canada and southern Ontario, fiddleheads are a native fern variety in NW Ontario as well.

Early spring as the Ostrich fern shoots up clumps of fern branches these little delicacies unfurl as they grow rapidly. As the fern leaves unfurl they become bitter and are not as good eating. Fiddleheads that are tightly wound and four to six inches in height are pick-able and are at peak taste. This period will only last a week or two and plants in different areas, even within the same group, will grow at varying rates. There may be a two foot fern next to a fiddlehead.

Fiddleheads can be eaten raw however they are best served cooked. Typically boiled for seven to ten minutes, then fried with garlic and salt until slightly browned. There are numerous recipes out there for fiddleheads.

Please do not pick an area clean – leave fiddleheads in each clump to mature so they will regrow and expand year after year. 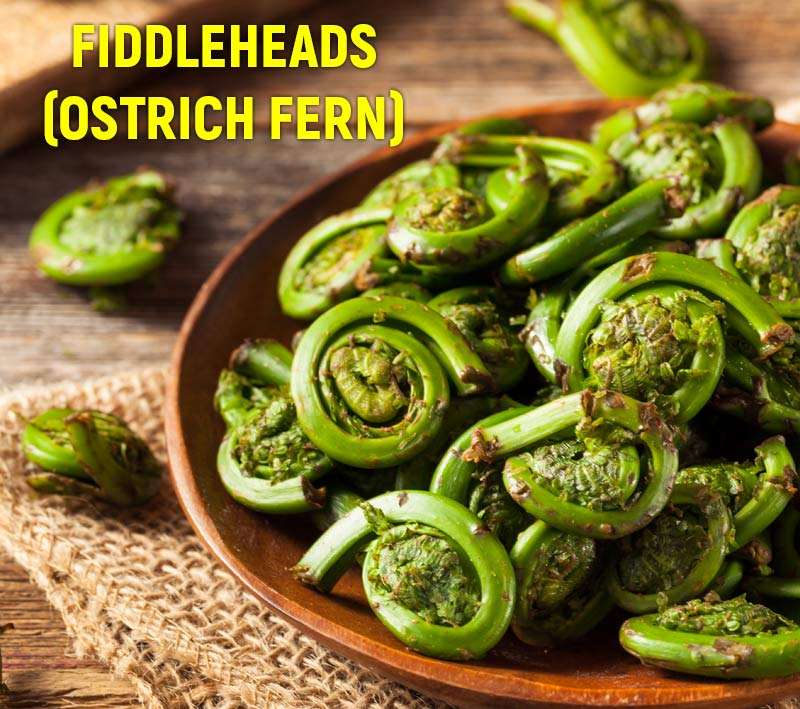 This is not a complete list, this is a list of the species I have directly witnessed in my travels here in Northwest Ontario. If you find something before I do, email me and let me know. 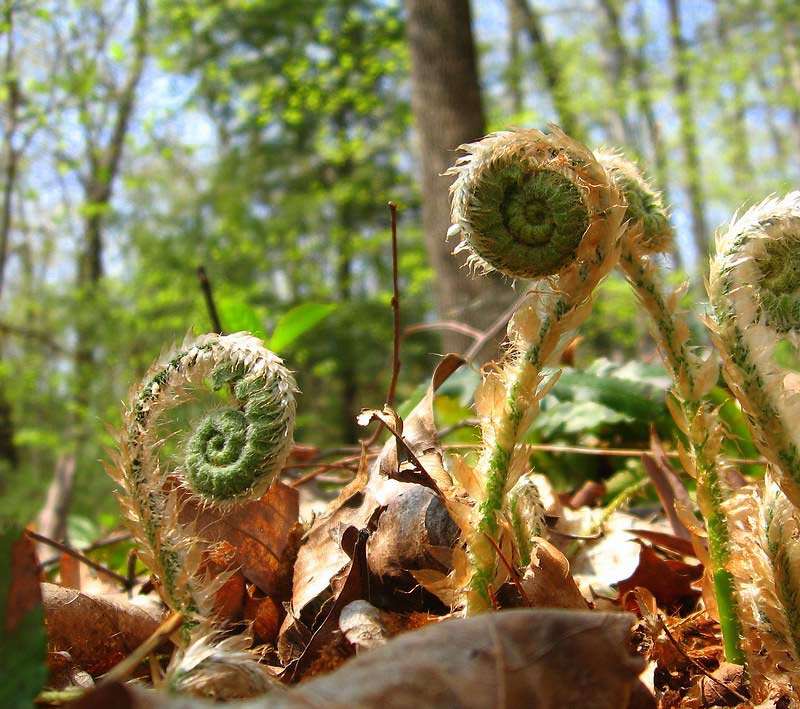 Ostrich ferns are named for their resemblance to the plumage of an Ostrich.

Early spring for around two weeks, the brown dead floor of the forest starts showing signs of green as the Ostrich fern starts to send up shoots.

Although many fern species are edible at the “fiddlehead” stage, the Ostrich fern is the accepted fiddlehead fern.

Identified at the fiddlehead stage because they resemble the head of a violin (Fiddle). The Ostrich fern variety are identified by the brown “paperlike” covering over the green fiddlehead and the deep U shape of the stem. Once the brown covering is removed the fiddlehead is bright green, one to two inches in diameter with a smooth stem. There may be small white hairs on the head.

Typically they grow in clumps of five or six and a single area can hold thousands of plants, all at different stages of growth.

Moist low laying area with rich soils – usually associated near water. Look for old dead fern growth from the previous year. The fiddleheads will be some of the first green amongst a brown forest floor in early May.

NW Ontario fiddlehead season starts the first couple of weeks in May, a little later as you go north.