Making sourdough bread is not for the impatient; it takes time and timing. Sourdough bread can take over twelve hours to rise and another hour to bake. The end product, however, is one of the healthiest loaves of bread you can eat. 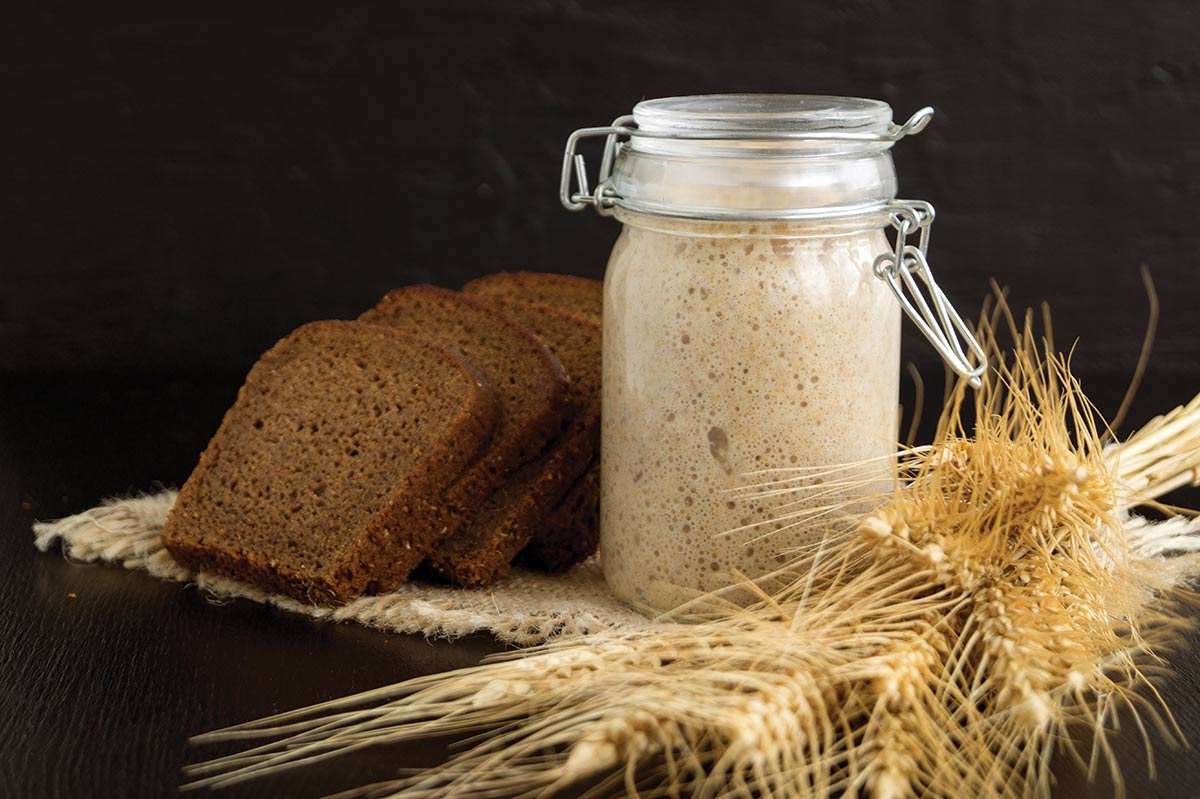 ​A couple of weeks ago, an article was posted about starting a sourdough starter. Well, I did just that and now have a viable sourdough starter and have been experimenting with “simple” sourdough bread recipes.
Making sourdough bread is not for the impatient; it takes time and timing. Sourdough bread can take over twelve hours to rise and another hour to bake. The end product, however, is one of the healthiest loaves of bread you can eat.
First off, to determine if your sourdough starter is ready to bake bread with, take a small bit and put it in water. If it floats its ready; if it doesn’t feed it and try again a bit later. Time feedings to your bread, making times is a bit of a developed skill.

Wintertime, things are cooler and drier, causing the bread raising phase to take almost forever. One thing to realize is that the longer the rise time, the more healthy the bread.

Method one; The longest day
After feeding the starter late the night before, the water test said the starter was ready to make bread. Early in the morning, the ingredients were mixed and let it sit for half an hour. The dough was then formed into a ball and covered for the long rise. Twelve or so hours later, the dough was formed into a loaf in a dutch oven and set for the second rise – this one only took two hours.
The dough was scarred with a sharp knife and baked as per directions.
The resulting loaf was well-formed, the taste was good, and the texture was good.

Method two; Oven proofer
A proofer is a piece of baking equipment that provides a warm, moisture-rich growing environment ideal for yeast/dough growth. Since I don’t have a commercial proofer, I turned my oven into one. Turning the oven on for thirty seconds heats up the metal a bit and then turn the oven off. Pots of water are brought to boil on the stove and then put into the oven to provide a warm and moist environment for the dough. A new pot of boiling water should be added every hour or so.
This method cut the overall rise time from over twelve hours to just four. Unfortunately, the ideal time for baking was missed due to a prior engagement; the bread did “overproof” a bit and ended up falling a bit. Proofing it in this way requires more monitoring and better timing.

Method three; The longest night
Long days of babysitting dough is tough, but in this case, we moved the bulk of the rise time overnight. The long rise method is a lot more forgiving than proofing and no worries about over-proofing the dough at this time of year.
The starter was fed in the morning to make it ready for making the dough in the evening. The dough was then left to raise overnight while we were all snug in our beds.
In the morning, the oven proofer method was used for the second rise and the bread was baked. It took a little over an hour for the second rise.

The recipe
When working with sourdough, it is advisable to work with weights using a scale as volume measurements using cups/spoon can vary enough to change the end product. To use a scale (after you run out and get one, I’ll wait).
Okay, using a scale is as simple as placing a bowl on the scale, zero/turn off/on. Add an ingredient to the desired weight, zero or turn off/on and repeat. Every time you zero or turn it on/off, it resets the weight to zero. There is no need to try to add everything up or divide by two or any of that fancy math.

After 30 minutes form the dough into a simple ball in the bottom of the bowl, cover with saran wrap and cover with the dishtowel. Set aside for the first rise, which could take up to twelve hours or more (see above).

Once the dough has increased in size 1.5 to 2 times and appears lighter and bubblier, its time to form into a ball for placement into the baking dish – the dutch oven. Use parchment paper in the bottom, so the bread doesn’t stick.

The dough will rise a second time for an hour or two. Once risen turn the oven onto 450 to bring to temperature. Once at temperature turn the heat down to 400 and slice the dough with a sharp knife. Place the covered dutch oven in the oven for 20 minutes. Take the cover off after 20 minutes and bake for an additional 40 minutes or so until the loaf is golden brown. You can open the oven door with 10 minutes left to bake to release trapped moisture resulting in a crisper crust.

The finished bread should be left to cool for at least an hour before you attempt to cut it open.